What are we doing to improve education for future generations?
What are the Senator and Congresswoman's thoughts on the Federal deficit?
Do the states have any recourse on the Supreme Court's decision on gay marriage?

Senator Mike Lee from Utah held this live VideoForum event with Guest Speaker Congresswoman Mia Love of Utah’s 4th Congressional district to discuss issues that are important to residents of Utah. Both Senator Lee and Congresswoman Love spoke about education, and Senator Lee talked about the HERO (Higher Education Reform Act) which would allow states to have their own accreditation standards that would help people to continue with higher education. The Senator and Congresswoman included their thoughts about American exceptionalism and the hope we have in our youth and the next generation. Additional topics of conversations included job creation, the economy and solutions they are working on to improve these areas. They also spoke about states’ rights in respect to the recent Supreme Court ruling on gay marriage and the protection of religious freedom. Senator Mike Lee expressed how we as a country are great, not because of who we are but what we do and it is time that Americans expect more out of our President and Congress. It is time for Americans to take action against big government and decrease the size of the federal government. Produced by Advantage. 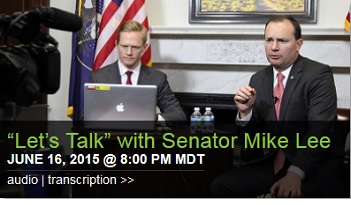 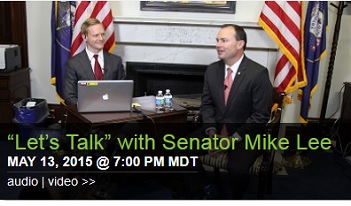 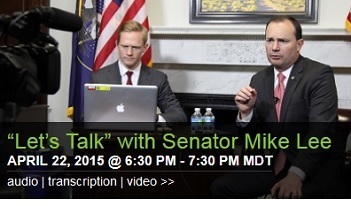